A Private Mastermind For Ambitious Self Made Men.

Scale Profit & Freedom - WITHOUT The Bullshit.

The Fellowship Is A Face-To-Face Mastermind With One-To-One Access To Charlie, For Those Hungry To SCALE Profits, Revenue & Freedom… Without Having To Sacrifice It All.

WHO THIS IS FOR.

The Fellowship is for you if you are male and have been operating at the helm of your own business for at least 3 years. You should be established, profitable and have a small team.

On top of that, you might have started to struggle with one or more of the following as you've scaled...

The Fellowship will give you everything you need as a man to scale at speed and with full force.

Without having to sacrifice it all or hiring an army of employees.

If accepted, membership in The Fellowship will gives you:

Live Crusader Call In - Every Fortnight

Unlimited Private Support From Charlie - Whenever You Need It

Chris has created a business that most will never experience and shows you what is possible when you start operating in this new way. He fired all eight employees, eliminated grunt work and is making more money than ever... All while spending days at a time out of the business sand with his new daughter Effie.

"I've Gone From Directionless To Levelling Up My Business FAST..."

"More Control. More Motivated And Moving Forward Even When The Sky Is Falling..."

Adam started his baptism of fire knowing that if he stayed on his current course he'd lose everything. Feeling isolated and alone The One Man Empire Way gave Adam the tools, accountability and brotherhood he needed to start standing tall among giants. The net result being, automated systems, more control and rapid growth of 281%.

The stakes were high for Matt. As his core business nose-dived out of control he knew he needed to do something else to secure financial freedom for himself and his youngest son James. Refusing to die, Matt resurrected his business from the dead. His income exploded by over 400% in just 12 months.

"I Drive Over Seven Hours Straight Just To Be Around These Other Men..."

A true One Man Empire, Mark has always worked alone and was starting to feel isolated and powerless. While having the support and accountability of the other men in this tribe Mark has ratcheted up the volume in all areas of his life. Weeks of distraction have been replaced with a laser-like focus on starting to create freedom.

Fresh-faced and new to this journey, Tommy was on the fence for months before having the courage to fill out an application and join. Just eight hours into his rapid deployment, and despite being a bundle of nerves, he's already started to experience the power and relief that comes from finally having a strategic strike to freeing up time with the family, increasing profits within the business and reducing stress.

"I've Built Two Brand NEW Business From The Ground Up, When No One Said I Could..."

Despite being a wild successfully entrepreneur and numbers man, Tony still suffered from distraction and not being able to see the wood through the trees. He came to One Man Empire on the hunt for connection and accountability from other smart ambitious men. Three years on his journey, Tony had launched two brand new businesses from the ground up and continues to produce in ways in ways he never thought possible.

With two young kids and a scaling business, it’s safe to say that when it came to Alan and work/life balance, it was all out of whack. Fortunately he decided start this journey and since then Alan hasn’t looked back. With the other smart ambitious men of The Fellowship by his side, he ruthlessly focused on balance. The good news being he's now making more money, and while only working between the hours of 9.30am and 2.30pm.

"We've 4X Growth In The Last 12 Months And Still Expanding, Even In A Pandemic!"

When the pandemic struck Joel and Andy's business took an immediate hit, a blindside that forced them face-first into No Man’s Land. Overwhelmed, overstretched and ready to burn it all to the ground, they started to operate the One Man Empire way, a decision that meant they turned it around from the brink, and 4X'd the business.

Simeon started this journey only looking for insight from other men who "get it." Not only did he get that, but The One Man Empire Way has also given him the tools, the environment and the confidence to do what no one else said was possible. He increased turnover by 201% without taking on an army of employees.

Successful entrepreneurs, Neil & Ian had built a rapidly expanding asbestos empire and were searching for a better way to ensure consistent, predictable growth. On the other side of this journey, and they have deployed a workhorse and machine that has transformed everything - ultimately removing manual labour and increasing net profit by 130%.

Fed up of working for the man, James jacked it all in and stared out on his own two feet. Despite a successful start, he hit an immovable plateau and dead-end. He started this journey a life-changing target he wanted to achieve in twelve months - in five short weeks on this journey that target was obliterated, achieved and banked.

Fed up of settling and just plodding along, Paul knew deep down that he wasn't where he wanted to be. After stepping foot on this journey he made a declaration to put the hammer down and take on the world. A hard-line in the sand to operate The One Man Empire Way, that's resulted in a rapid rise of over 400%.

"I've Now Got An Unshakeable Confidence to Grow And Keep Pushing Forward..."

Dean came to One Man Empire in a loop of persecution and panic. Looking for a new way that would give him direction, get him organised and reduce stress - he got more than he bargained for. Inspired by the other ambitious men in the tribe, Dean finally saw what was possible. A realisation that empowered him with the unshakable confidence to make more, provide more and be more without having to sacrifice it all.

"I've Finally Taken Back Control From Contractors, Clients And Customers..."

After 17 years of suffering at the hands of employees, clients and contractors, Micheal suspected there must be a better way to provide & protect. What he found on his journey was a path to even greater purpose & power. Thanks to the other men in this tribe he found his fight again, a mantra for money and motivation that has allowed him to start to profit from passion and take back control for good.

Ben stepped behind these closed doors while operating his business by the sear of his pants. Since then he’s managed to leverage the other men around the table to strategically scale to the next level. So much so that he’s just hit a record turnover of half a millions pounds and is on track to double that to the one million pound mark next year.

The Fellowship operates on a month-by-month enrolment. It is an investment but not a ridiculous one. It’s one that is specifically designed to get your head in the game so that you take this and your moral responsibility to provide seriously.

It’s about HALF the investment of a minimum wage employee.

And the good news about that is that this journey, this environment, this way of running a business is the KEY that will allow you to systemise, automate and do the work of 5, 10, maybe even a team of 15 employees by the time that you’re done.

The men of The Alliance  are 100% safe & protected with three guarantees of honour:

Here’s how the application process works:

Step 1 of 2: Complete The Application Form. 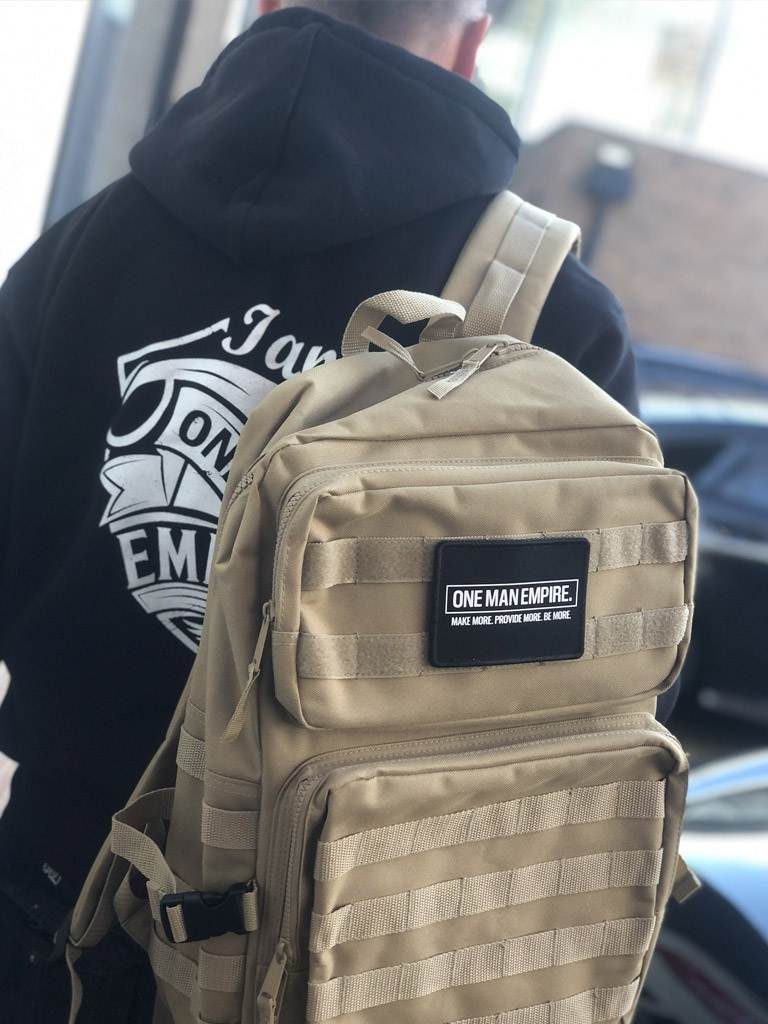 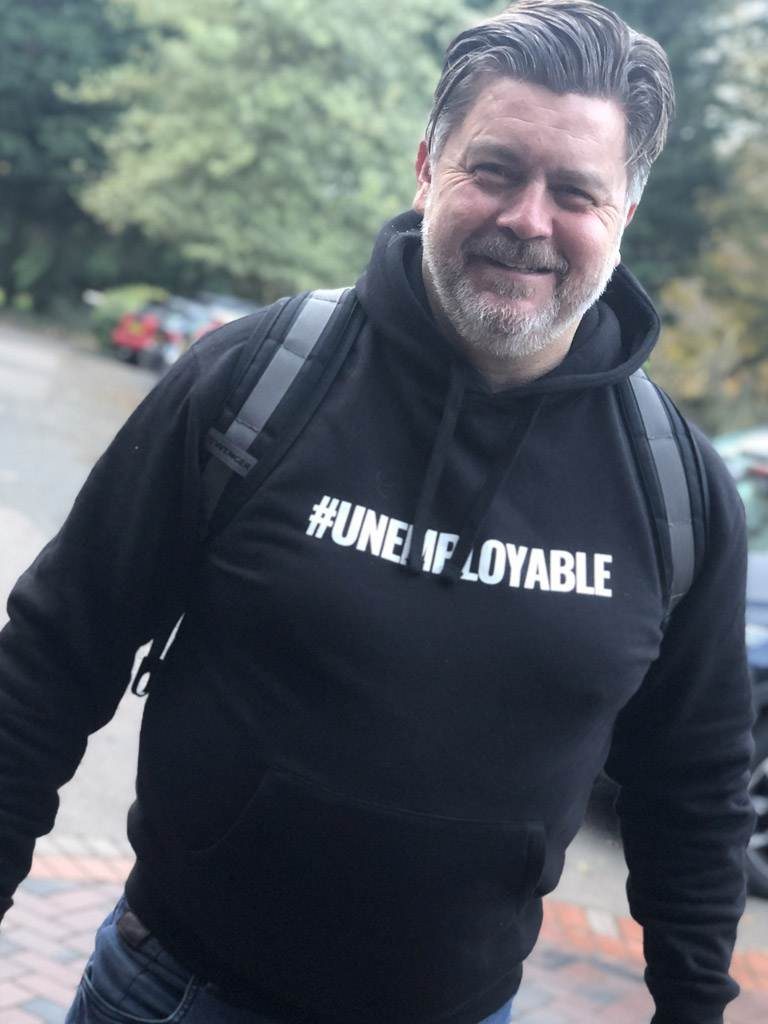 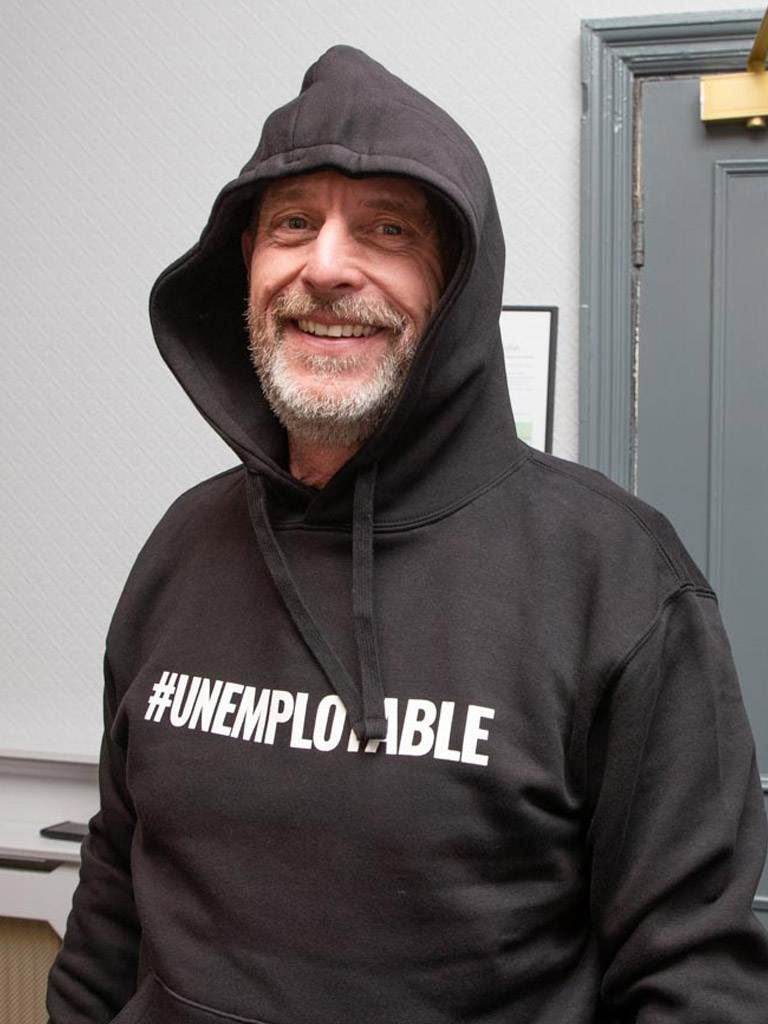 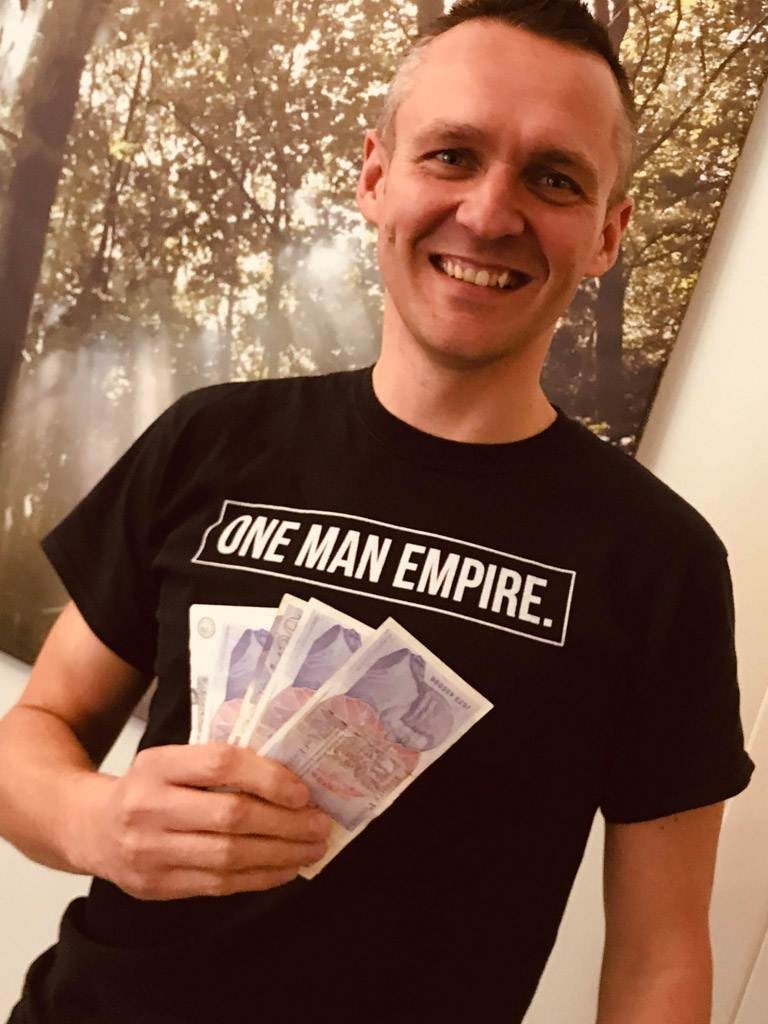 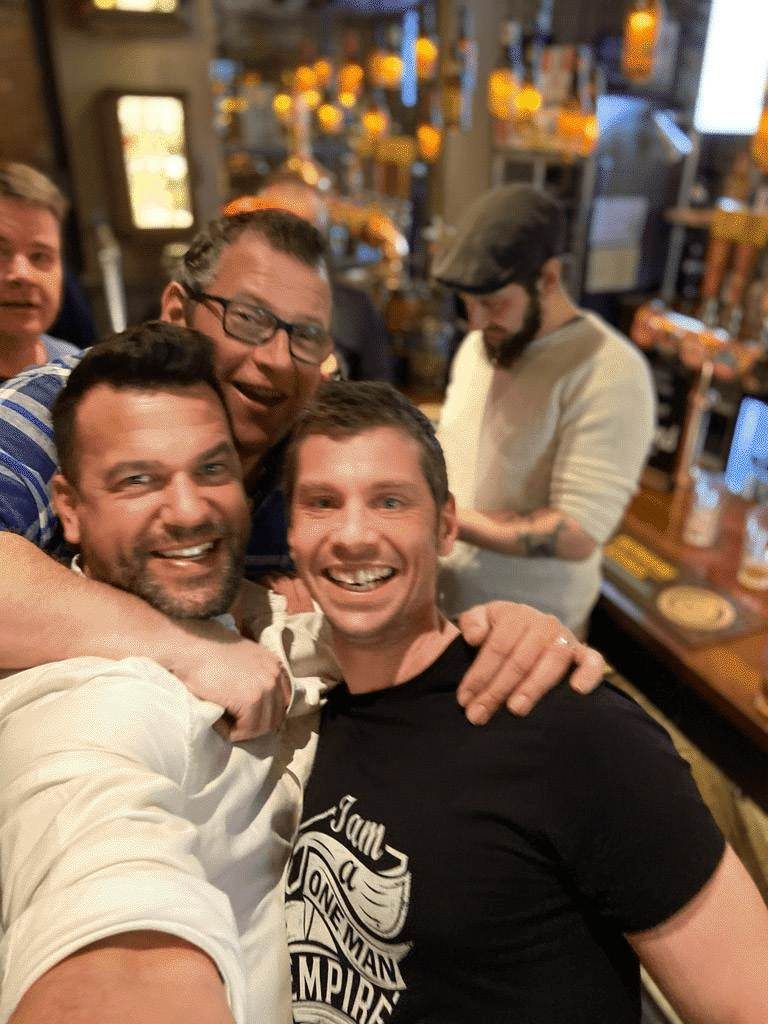 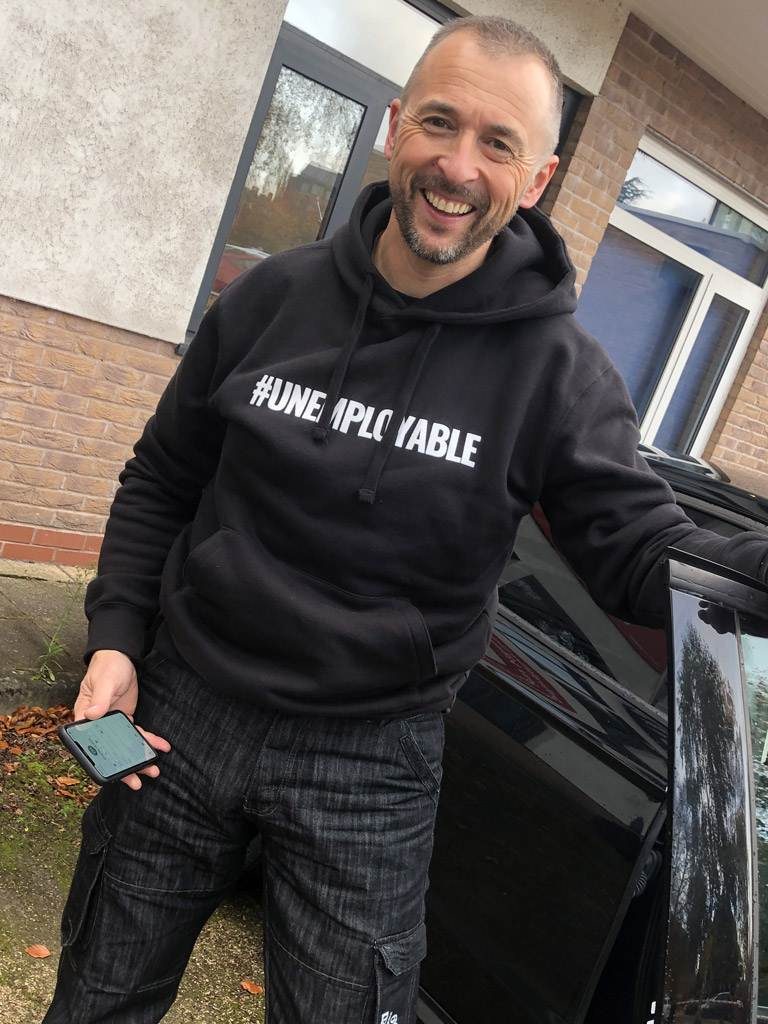 * Disclaimer: We make every effort to ensure that we accurately represent these products and services and their potential for producing income for business owners who apply them properly. Examples of income earned and other results are not necessarily average or typical nor intended as representations of your potential earnings. As with any business or training, each individual’s results may vary widely. Each individual’s results depend on his or her background, dedication, desire, motivation and particular applications. Significant financial risk is possible with any business venture or opportunity if you don’t do your own due diligence and get suitable professional advice. No guarantees of specific results are expressly made or implied.